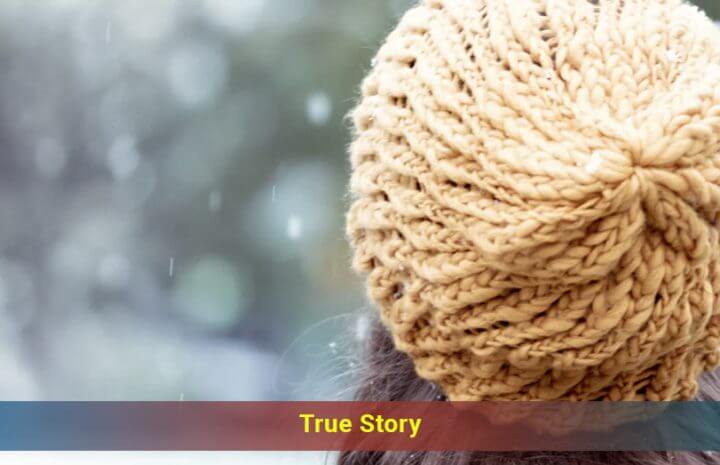 I was too burned out to be exhausted.  After years of traveling the globe and having National Geographic type adventures, at 30, I decided it was time to settle down and become "practical."

In September of 2013, I enrolled in a Masters of Social Work program, which allowed me to both satisfy my need for professional stability, while preventing me from compromising on my human rights values.  While I enjoyed returning to university life, what I did not enjoy was the two-hour commute I made several times a week via train and bus, just to attend classes. Additionally, I had an internship, compulsory to my program, where I was constantly on my feet learning to navigate the intricacies of bureaucracies, as a way of advocating for a population I deeply cared about.

While I loved and still love, assisting people, nonetheless it is hard work. Social Work requires individuals to think extemporaneously both independently and as part of a team. You learn to manage personalities and needs of not only the population/individuals you assist, but also of the quirks of your co-workers.

On top of all of this, the Polar Vortex had descended on Chicago without mercy or any consideration for two-hour commutes, family responsibilities or any other form of daily living. I was doing what I wanted to do, yet I was miserable. Maybe it was exhaustion, maybe it was just a lack of Vitamin D, who knows. I just know that the zest for life and my sunny way of looking at the world, was during this time, behind a malaise as thick as a London fog.

During my commutes, if I wasn't lucky enough to snag a seat on the train (which was most of the time, due to the crowded train car), I would find myself drifting back to memories of   walks I took in Kyoto, or my friend's wedding in Bangladesh or the blazingly hot boat ride I took down part of the Amazon River. Then a blast of cold air would slap my face, as the train doors opened and closed at each stop, escorting me back to my present moment of burnout and the beginnings of compassion fatigue. 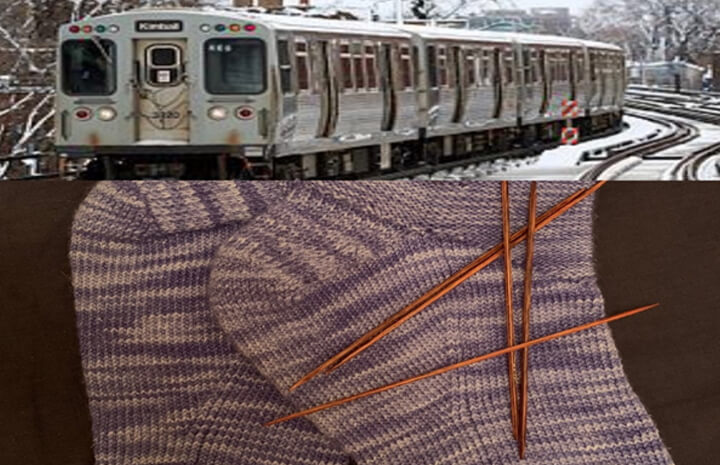 On one of these ordinary and repetitious commutes, among a sea of passengers in black, blue and grey winter coats, I notice this person knitting a pair of blue and brown striped socks. At first glance, there was nothing particularly extraordinary about this scene, other than a passenger knitting rather than scrolling on their phone. However, while everyone, including myself looked bored or unhappy, this person was happily smiling, accompanied by the soft and melodic sounds of the double pointed needles clicking against one another. As if I had been in a trance-like state, I started just watching this person's hands, as they knitted row after row, while their head swayed lightly back and forth as they knitted in the round.

It had been at least a year since I picked up my needles or made a project. In the midst of life's never-ending tensions, I had forgotten how much I loved knitting and more importantly, how much I missed it. However, it wasn't knitting alone I missed so much, but the peace that often surrounded me during the process of creating every knit and purl. I wanted to cry in that moment. I knew that like me, this person had trials and tribulations, as well as joys and successes. But unlike me, they allowed themselves time off from their own difficulties to knit a simple sock. And with this one action, I knew that for that those few minutes or hours, there was only them and their sock.

Seconds turned into minutes and minutes led to our final stop. With that, the train car emptied, and the knitter quietly left, unaware of me as a silent observer, and coveter of their contentedness.

I didn't go home and instantly start knitting. That isn't often how real life works, well not for me anyway. I did carry this person's peace and contentedness with me for several weeks and I would often find myself examining their, what seemed to me almost a state of euphoria, in my mind for a long time. It was almost as if I were playing a game with myself, telling myself that by thinking about their crafting moment, I could graft their contentedness onto my soul and psyche.

In time though, I gave myself permission to take a break from my constant state of stress and exhaustion and picked up my needles again.  Seven years later, I haven't put my needles down and I have no intention of every doing so again.

Stress, anxiety, life's disappointments still continue to run through my life like a tributary, as it does for so many in this life. But I have learned that it is those simple unassuming minutes that turn into moments that allow us to be mindful of our thoughts, emotions and actions.  I learned that when I do not allow myself moments to be still and to enjoy the simple almost underestimated pleasures of life, like knitting a sock or savoring the taste of food or drink, that life loses its luster and wonderment.

While I have traveled to many places in search of adventure, I now know that the truly exciting and unknown journeys begin with learning from being still, present and mindful.  And so, I now knit.